Les Abattoirs, Musée - Frac Occitanie Toulouse are pleased to present an exhibition dedicated to the Franco-American artist Niki de Saint Phalle (1930 - 2002). For the first time, the exhibition focus on the artist's work from the 1980s and 1990s.

These two decades were written under the aegis of Niki de Saint Phalle's great work, the adventure of the Tarot Garden in Italy. In parallel with the long-term creation of this garden, which was both a place of art and a place to live, she developed a whole new aspect of her work, which enabled her to become her own patron. If the 1960s and 1970s made Niki de Saint Phalle famous, thanks to her emblematic Tirs and Nanas and her proximity to the New Realism movement, it is time to look at what is falsely called "the second part" of her career. Less well known, these years are nonetheless marked by a freedom, an emancipation, a diversity of work, a commitment and a model of entrepreneurship that are innovative and exemplary.

If independence is the key word surrounding the creation of this global work of art in nature and as a habitat that is the Tarot Garden, begun in 1978, the 1980s and 1990s are also years of continued commitment. Niki de Saint Phalle never stopped creating works for the public space, such as the Stravinsky Fountain with Jean Tinguely in front of the Centre Georges Pompidou in Paris, to name but one of many. What interests the artist is the idea of a direct encounter with the public outside the traditional exhibition space of the gallery or museum. This also involves bringing art into the homes of the public and making everyday life exceptional. With the creation of furniture, jewellery, lithographs, inflatable objects, accessible, usable or portable works of art, and even perfumes, Niki de Saint Phalle spreads art into the lives of everyone around her.

Always committed to minorities and those who have been marginalized by society, the artist, who had developed an early and sustained feminist conviction, both profoundly contemporary and avant-garde, continued to take a stand with the same humanism. Her struggles include those with AIDS, of which she was an early supporter, the black cause, and global warming. Her public stance includes writing the book in which she reveals her father's incest, inviting us, almost by herself, to re-read some of her work. Freedom of speech accompanies many of her works, notably through an increasingly important place for words and a characteristic calligraphy, whether in prints, posters or artist's books, but also in the important work of writing that marks her last years.

This commitment to herself, to others and to her art exists from the perspective of freedom, inclusion and joy, of "the joyful life of objects", according to the title of one of the very last exhibitions held during her lifetime, at the Musée des arts Décoratifs in Paris in 2001. This joy and ambivalent energy, the one that drives, the one that contains misfortune as well as happiness in the same vital conjuration, the one that makes one free, is reflected in the motifs and techniques that accompany these decades: coloured monsters, mosaic sculptures, animals and women, hearts and skulls, exploded paintings, animated films, etc. embrace art, nature, life as well as death. The exhibition starts in 1978 when Niki de Saint Phalle inaugurated the Tarot Garden and ends in 2002 at the artist’s death.

This exhibition has received assistance from the Niki Charitable Art Foundation, MAMAC Nice and the Musée des Arts Décoratifs (Paris)

The exhibition is sponsored by Deloitte

In media partnership with

Thanks to La Cour des Consuls, Hotel and Spa

The creative space of the exhibition

Welcome to the Creative Space of the exhibition "Niki de Saint Phalle. The 1980s and 1990s: Art Running Free"

This mediation space, for young and old alike, offers individual visitors, friends, families and groups the opportunity to whet their curiosity and develop their imaginations. It presents a selection of works, catalogs, artists' books, some written for children, an excerpt from a film directed by Niki de Saint Phalle and an animated documentary about her.

On Wednesdays from 2:00 to 6:00 pm, Thursdays and Fridays from 4:00 to 6:00 pm, the mediator welcomes you and animates this space dedicated to creative practices, echoing the themes addressed in the exhibition and inspired by the artist's universe.

Wednesdays from 2 to 6 pm, Thursdays and Fridays from 4 to 6 pm

Free and without reservation, rendez-vous in the creative space Niki (basement of the Abattoirs) 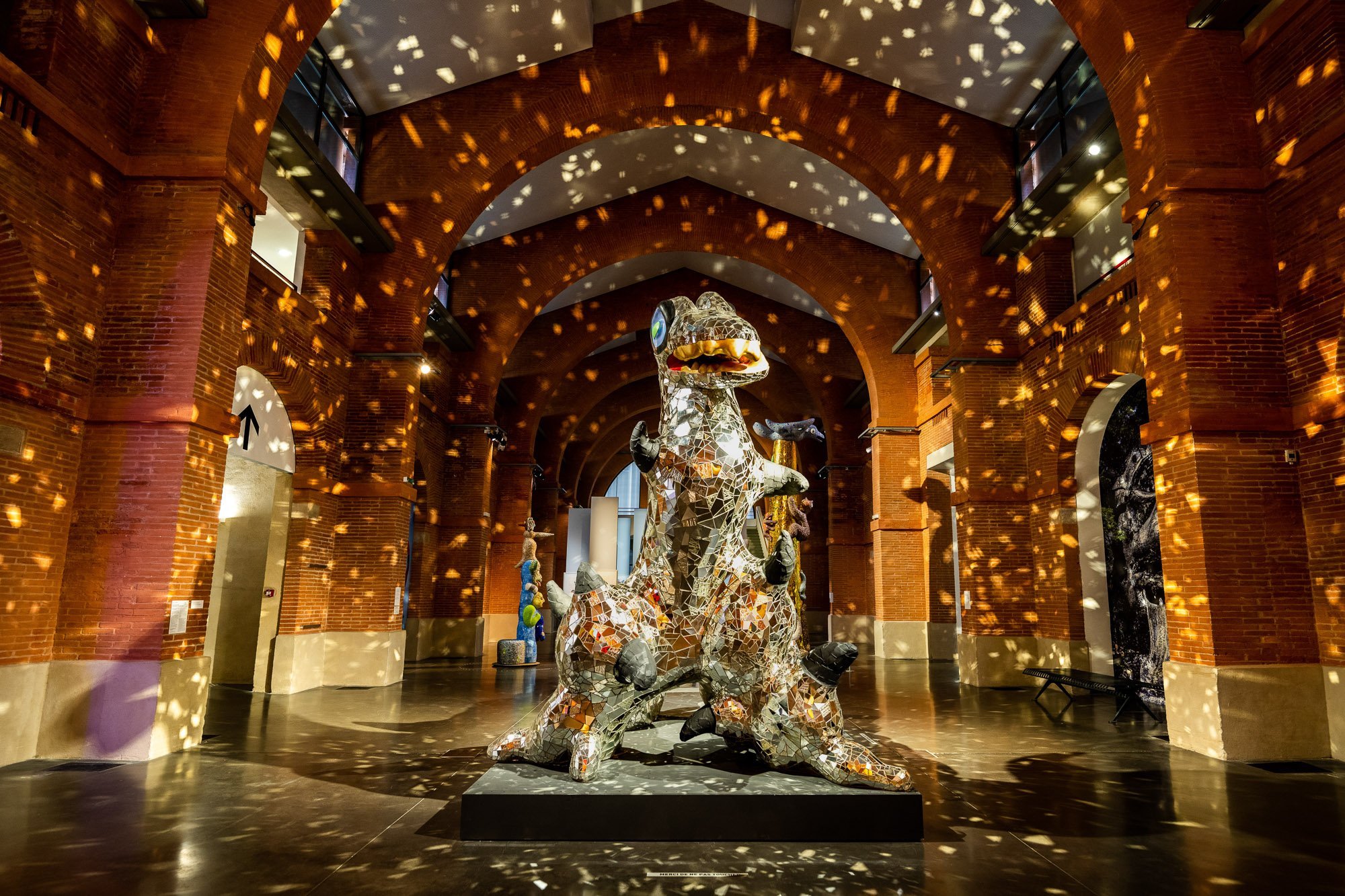 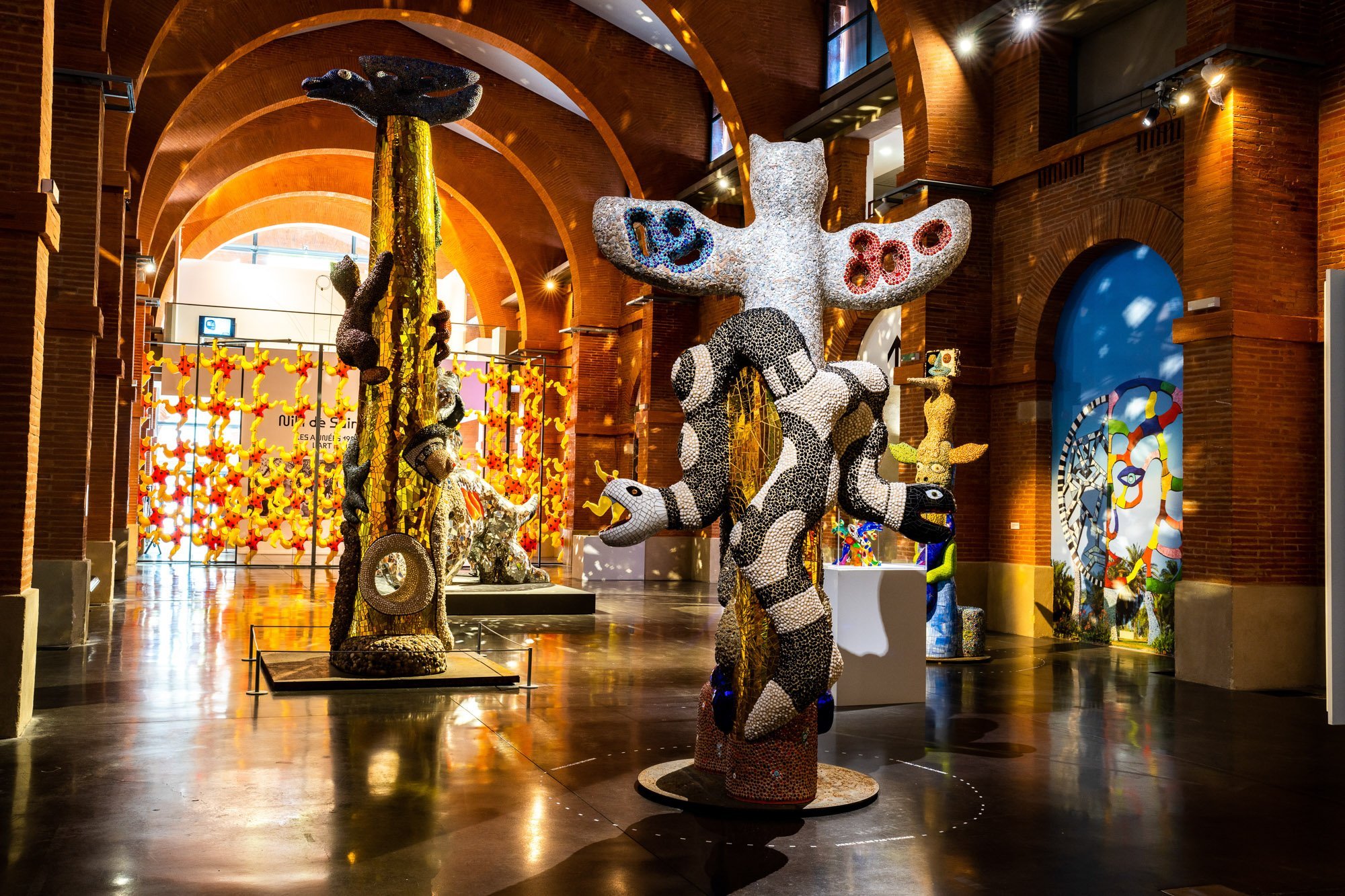 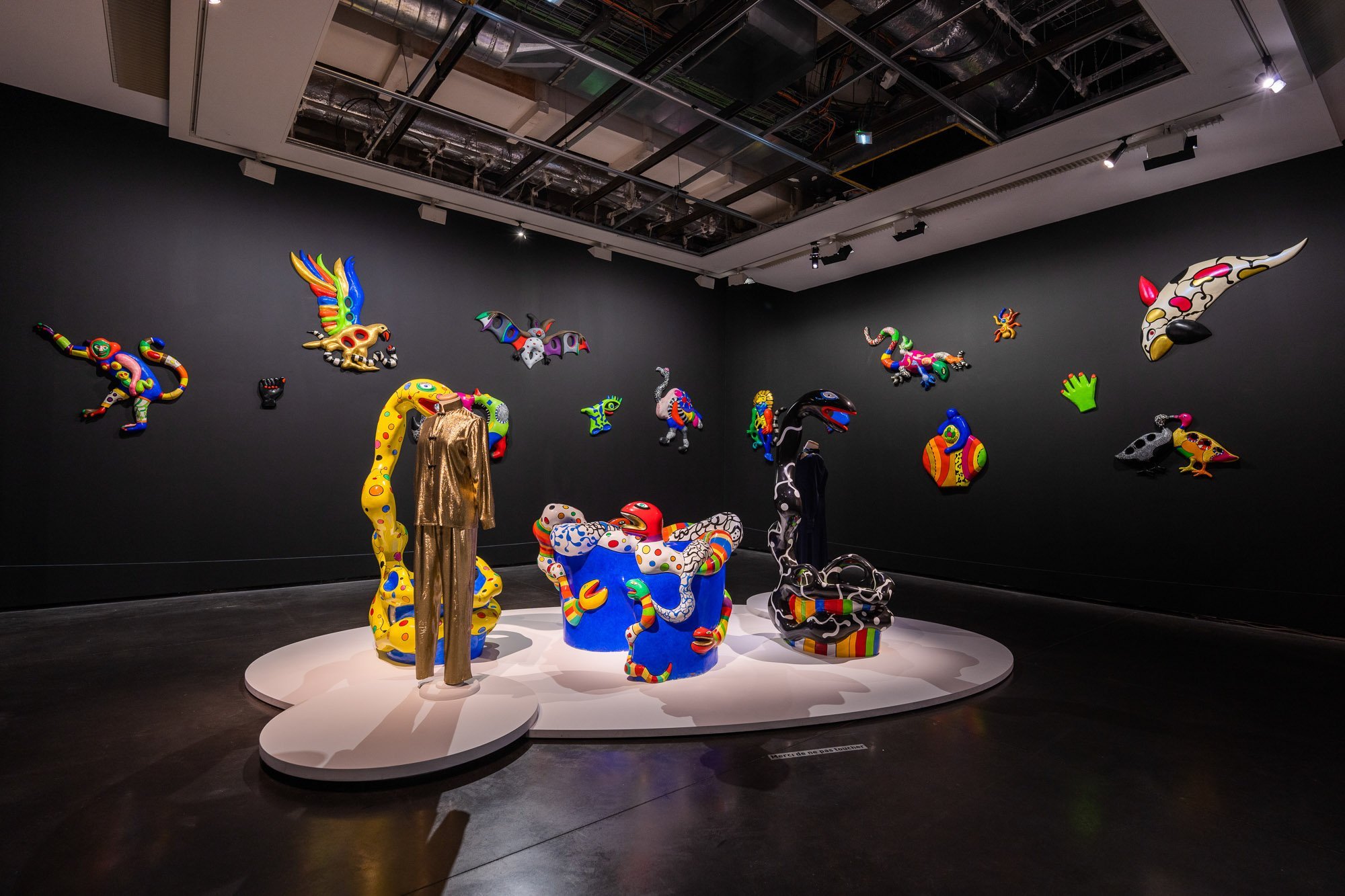 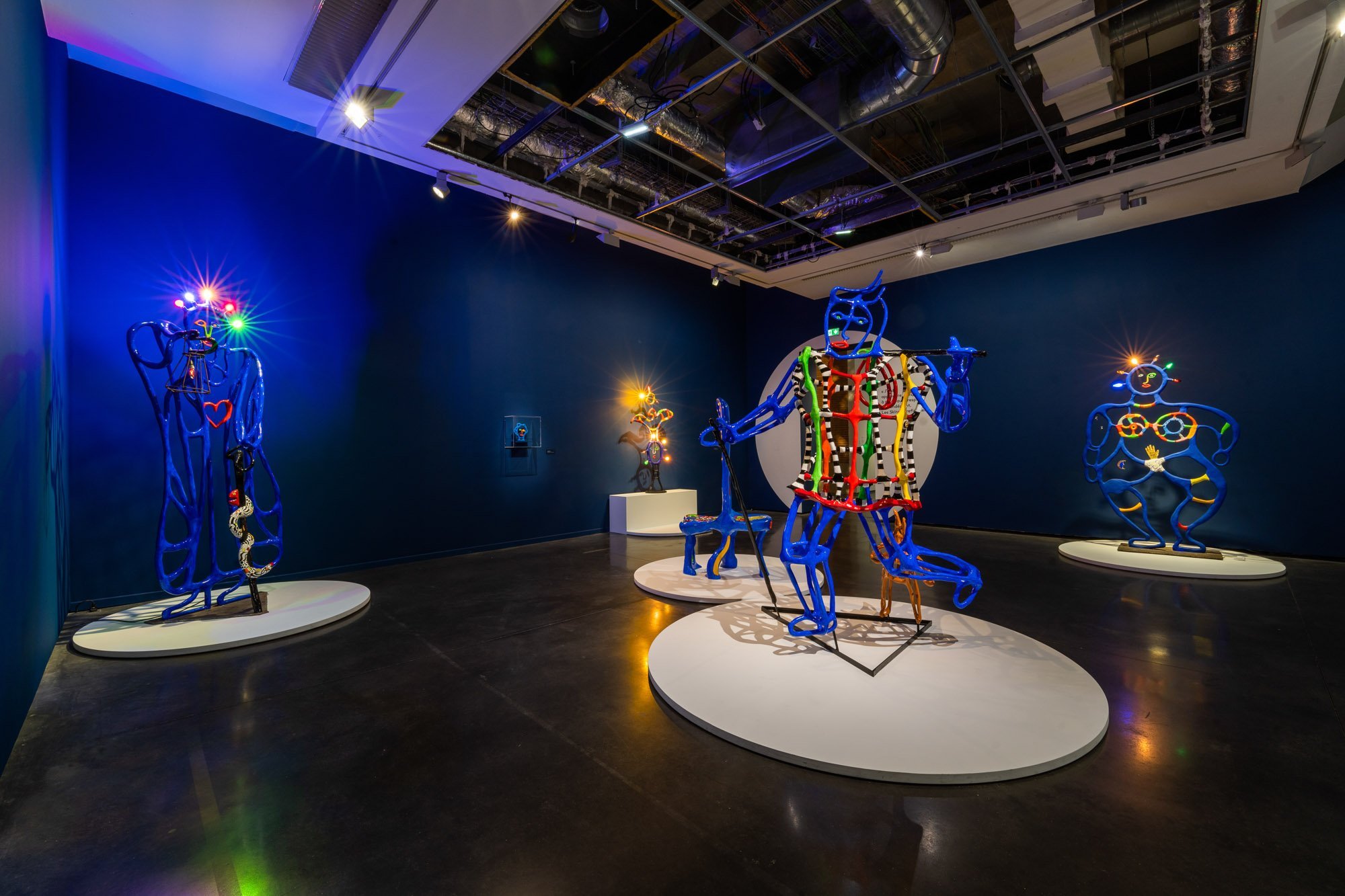 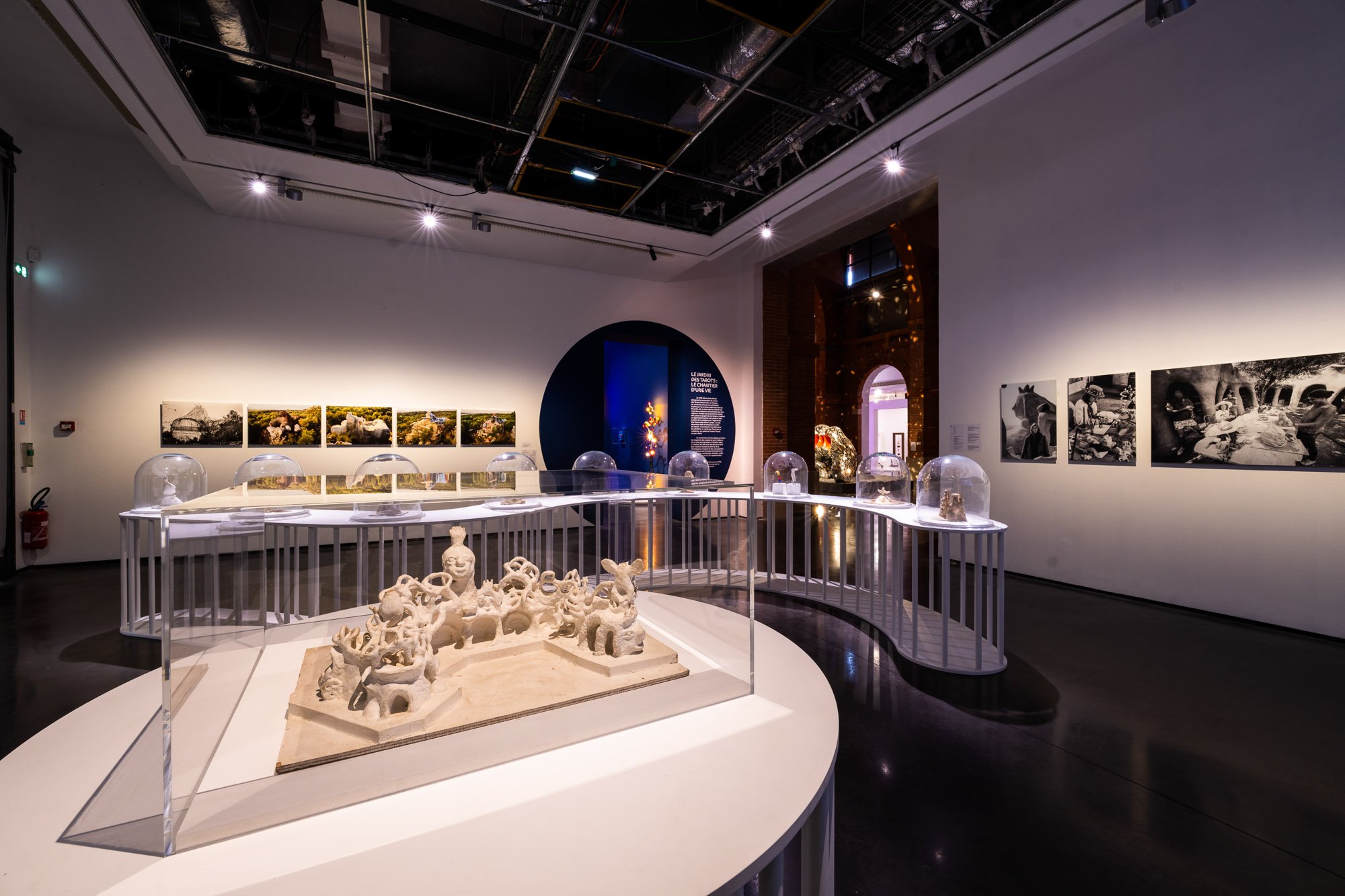 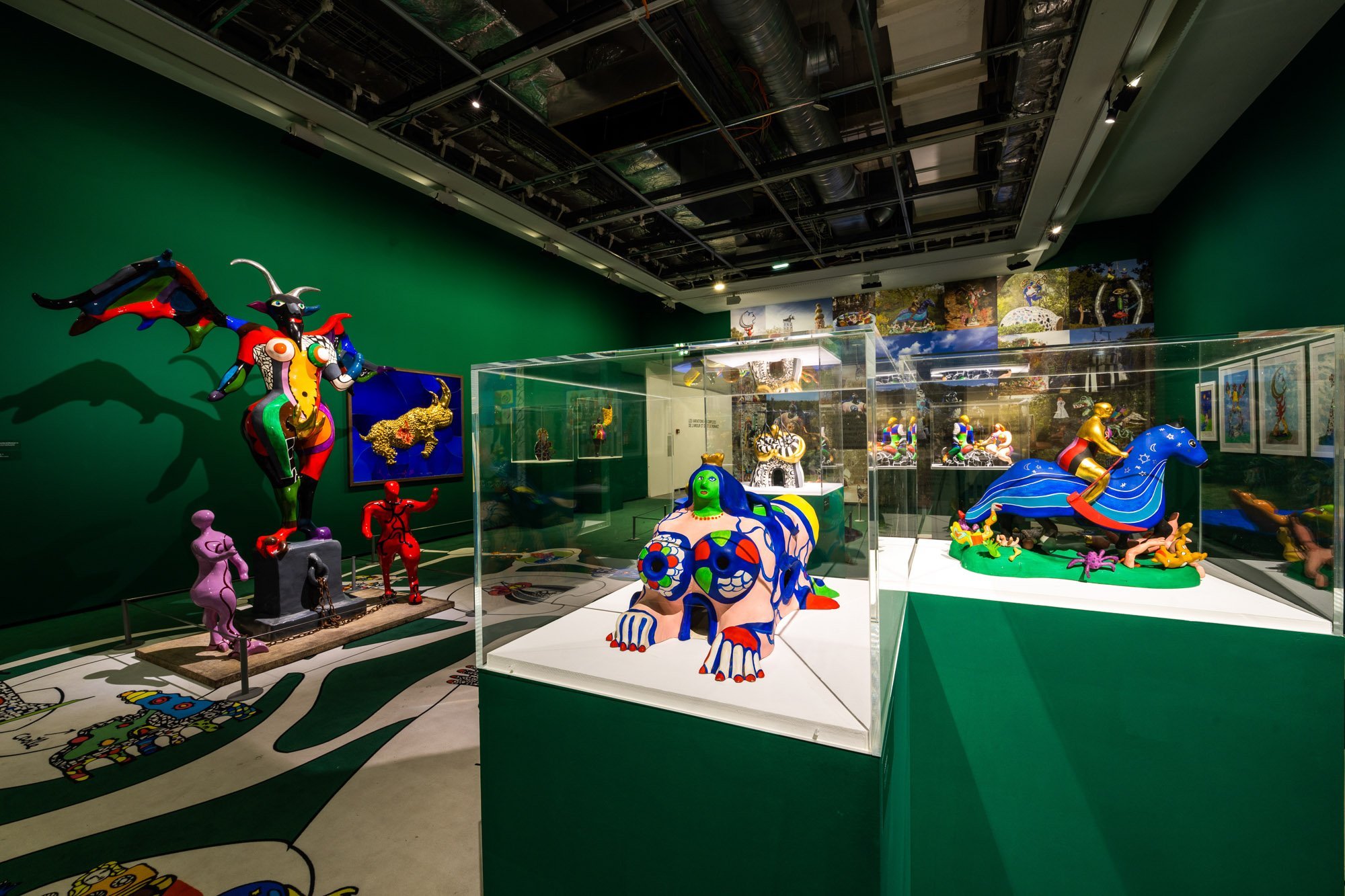 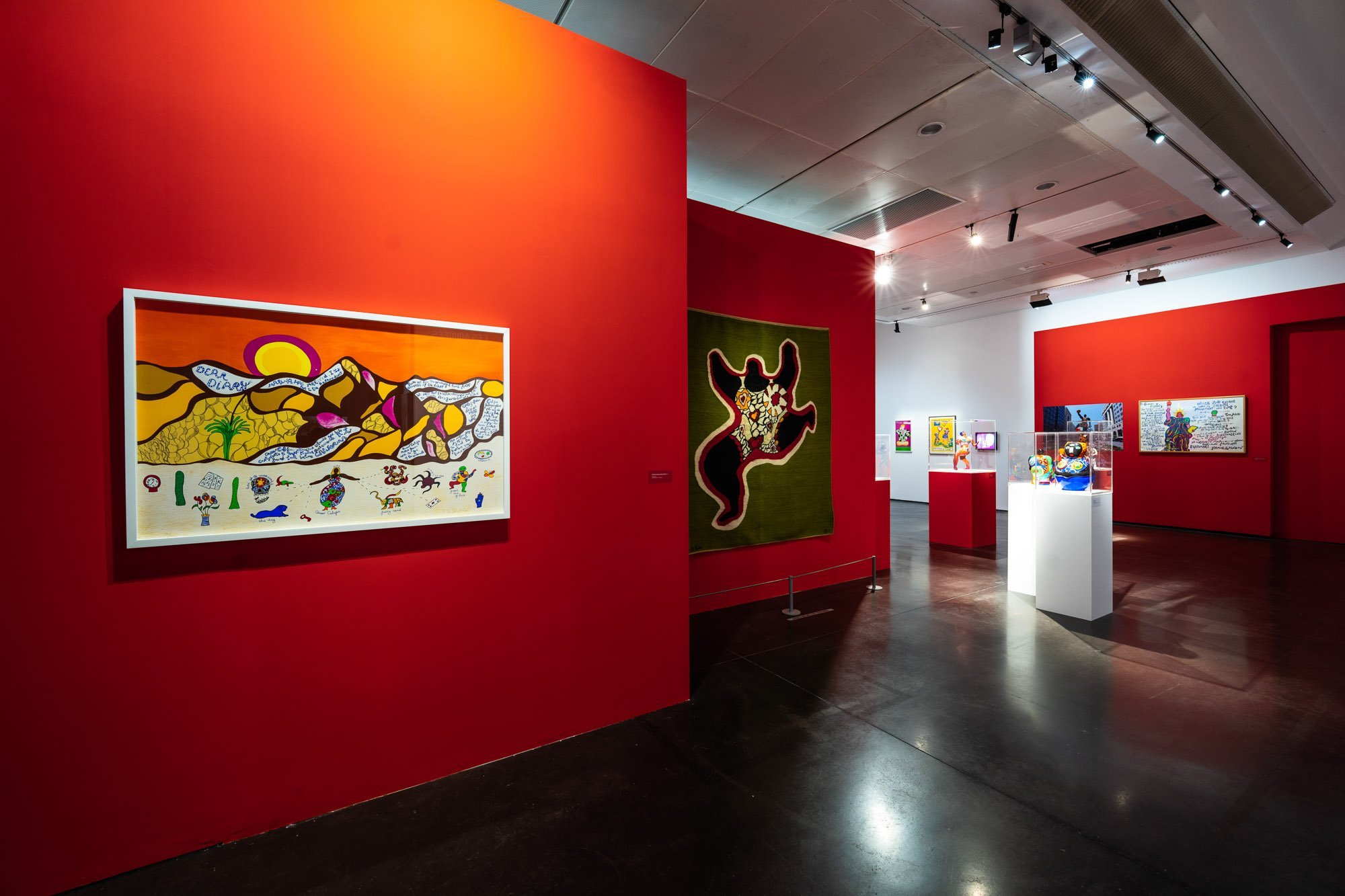 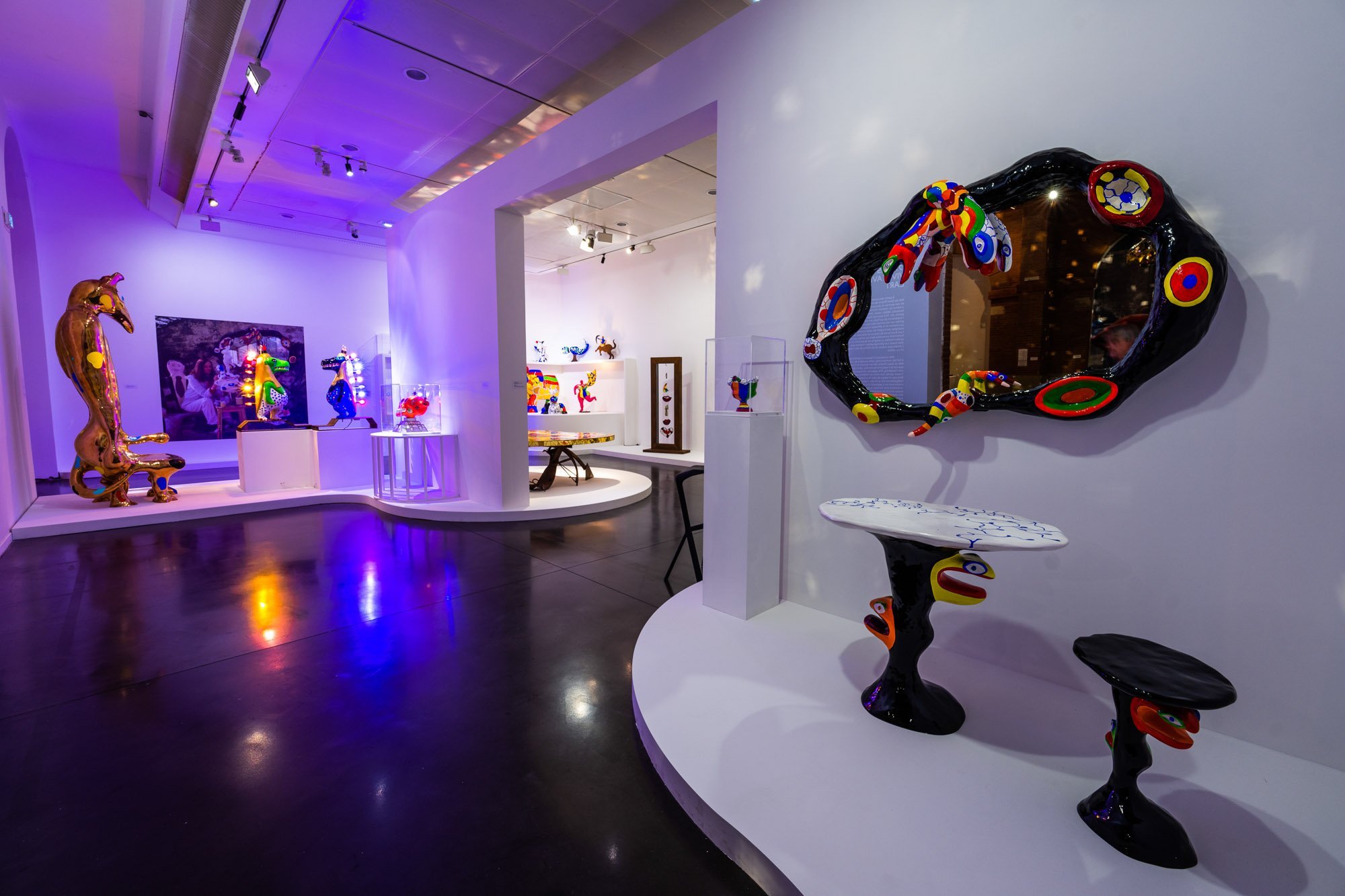 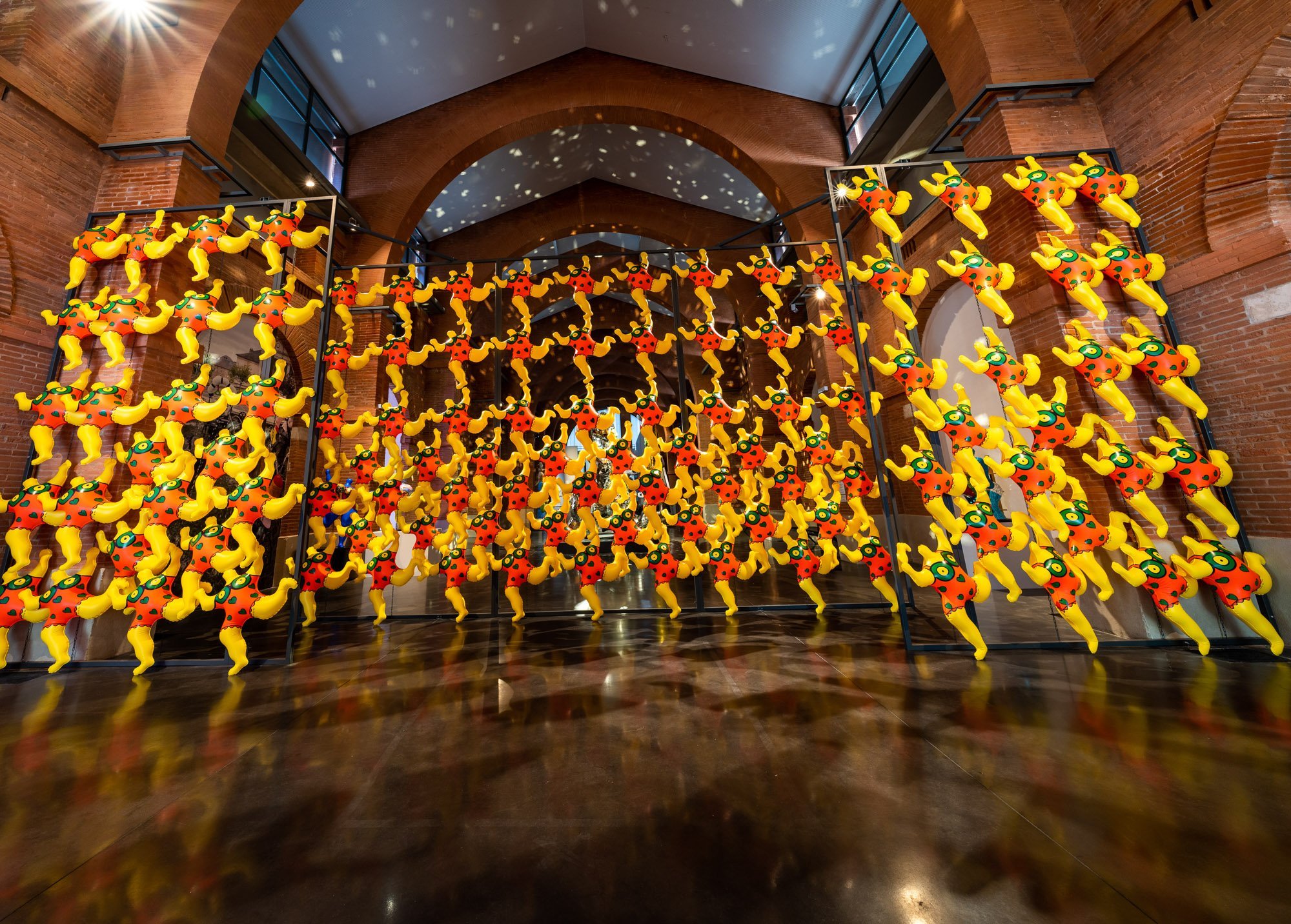 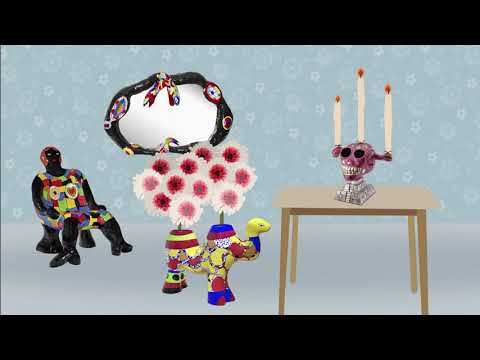 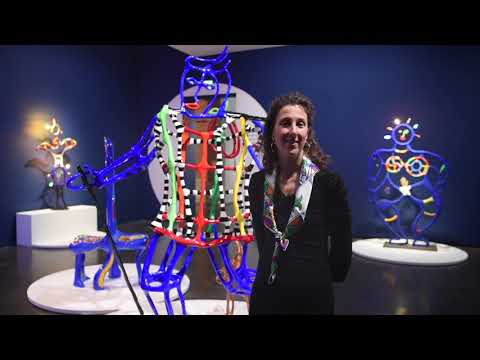 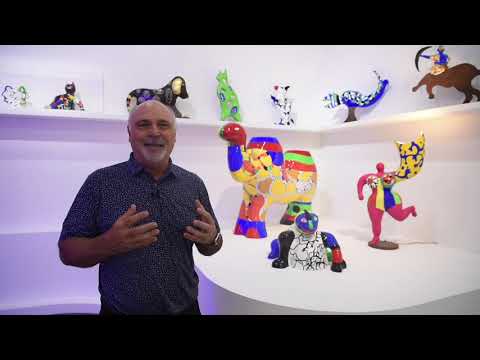 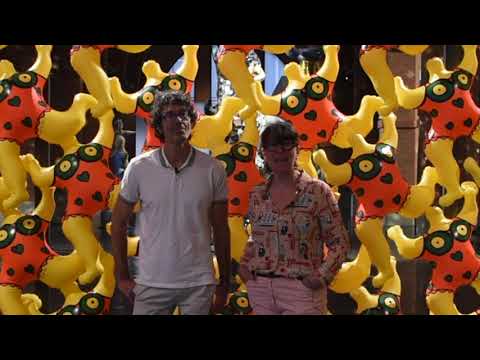 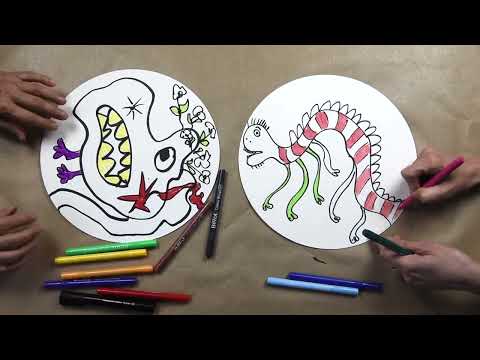 A spectacular conference by Hortense Belhôte 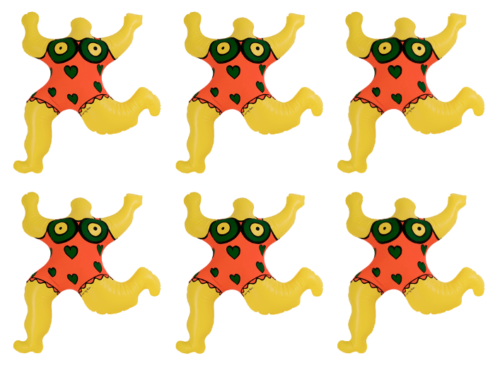